The 2021 FIDE World Chess Championship is just 133 days away, and most U.S. sports betting states haven’t approved wagering on the event thus far. That should change in the coming months, however, as the high-stakes event in Dubai approaches — although the time zone difference isn’t ideal for American books.

Bwin, a sportsbook in Europe, already has odds posted for the event. Magnus Carlsen, the world’s highest-rated player who has been champion since 2013, was a -350 favorite a handful of weeks ago, but recently moved to -400. That translates to an implied winning chance of 80%. Russian Ian Nepomniachtchi, world No. 4, is now +270, up from +230. It’s likely Bwin adjusted the odds based on action it has seen so far.

Nepomniachtchi, who is widely called “Nepo” for short, is one of the few players with a plus score against Carlsen in classical chess, giving him a live underdog vibe. However, Nepo’s advantage over Carlsen in classical chess — which features long time controls — is just 4-1, with six draws between them. Not a huge sample size. Their match is slated for 14 games, with tiebreakers to decide the winner if it’s even after regulation.

Odds for the battle could possibly move further depending on the results of the ongoing FIDE World Cup in Russia. If Carlsen has a quick and rough exit, it is improbable but possible that he moves back to -350. Just like more traditional sports, chess players are sometimes in top form and sometimes out of form.

Magnus Carlsen has just landed in Sochi to take part in the FIDE World Cup. His first game is on Thursday. #FIDEWorldCup pic.twitter.com/eBqywxaTO1

According to a Chess.com analysis of the odds for the title match, Carlsen has a better than 80% chance of winning based on ratings (Carlsen is 2847, while Nepo is 2792). So it looks like some people saw slight value when Carlsen was -350, which implied a winning percentage of 77%.

However, Nepo’s chances increase dramatically if it goes to the tiebreaks, as the shorter time controls — rapid and then blitz — introduce more variance into the match. According to Chess.com, Carlsen’s odds of winning decrease to just over 60% if the match lasts into the blitz portion. Armageddon, which is basically sudden death, would only be 60-40 in Carlsen’s favor.

The World Championship match could be great for wagering in between games or rounds — or, better yet, during games. However, that product might not be mature enough to entice customers to wager on games in progress. It’s actually hard for both the operator and consumer.

A sportsbook representative for Kindred Group told US Bets in 2018, ahead of that year’s title match between Carlsen and American Fabiano Caruana, that pre-game wagering in Europe had been much more popular than in-play, though live wagering was offered on the match.

“In-play is very difficult to compile odds for, and also for the punters to be confident enough to place bets,” the rep said. “For most/all betting operators, it hasn’t really made sense to focus on models supporting a great in-play trading product, due to the low number of active chess punters.”

(Carlsen is an ambassador for Kindred’s sports betting brand Unibet.)

Chess engines — basically supercomputers — do provide analysis of a position and can tell the audience which player is in a better spot during a given match. However, the engine might be looking at lines that are impractical for a human player over the board, so wagering based on what the engine says about a position could be very risky. For example, the engine might say Carlsen is clearly in a winning spot, but in reality the most likely outcome is a draw when a human has to play the position. That said, top grandmasters do have a stunning degree of move accuracy based on the engine’s analysis.

Colorado way ahead of the curve so far

In late May, Colorado gaming regulators approved wagering on chess, including a bunch of props. With the moneyline potentially not offering a lot of value for bettors looking to try to find some edge against the house, the props could draw a bunch of interest.

Colorado has allowed the following props for the match:

Some of these bets seem like they could appeal to more casual chess players/fans.

In addition to Colorado, West Virginia has legal wagering on the match, though it was confined to retail as of May. Nevada and New Hampshire also have flirted with chess betting in the past.

While chess wagering might not be that popular yet, consider that in the month of May, Colorado online sportsbooks took $10,239,727 in bets on table tennis. If the roughly three-week-long World Chess Championship can equal a month of table tennis, it will be a nice addition for the books. 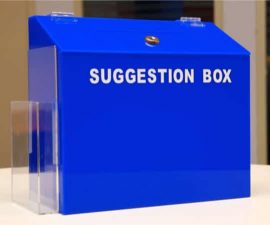 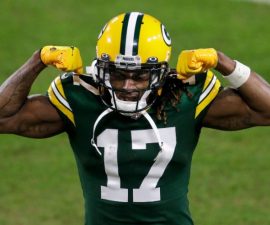 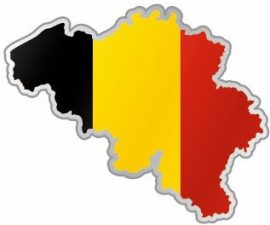