The pandemic made Zoom a household name in the United States and elsewhere, and now the video streaming company is dipping its toes into gaming.

“New and innovative platforms that push the boundaries of what’s possible are few and far between,” said FlowPlay Chief Revenue Officer Craig Robinson. “Even rarer is the opportunity to be first to market on a new platform, and FlowPlay is honored to have been selected by Zoom as a launch partner for Zoom Apps. There’s nothing better than a little friendly competition, and Live Game Night Poker enables a new way for coworkers to connect, both during and outside of work hours.”

A Zoom representative commented in the short press release: “We believe connected teams are the most productive, which is why we’re so excited to see FlowPlay building on our platform to offer a new way to connect through gameplay, thanks to Live Game Night Poker.”

As of this past spring, Zoom had 300 million daily meeting participants, including both free and paying customers. It had just 10 million in late 2019 prior to the pandemic.

According to Venture Beat, which interviewed CEO Derrick Morton, users can “pay money for avatars and other kinds of digital items in the games.” That’s how the app apparently will make money, at least for now.

It sounds pretty similar to a product like Zynga Poker.

The business model allows FlowPlay to avoid needing gambling-related licensure in states that allow online betting. Still, players on the app could play for real money among themselves, facilitated by apps such as Venmo. An old-fashioned check in the mail also works.

That’s what many people did during the height of the pandemic. All a group of friends would need to do is find a free-play poker platform to run the games while settling all the money behind the game on the side.

That might not technically be legal in some radically anti-gambling states, but cracking down on a private poker home game, online with webcams or in someone’s residence, can be viewed as a waste of time for law enforcement — as well as highly controversial in the eyes of the public.

For many years, there have been various attempts to bring the webcam into the world of online poker. It can theoretically be used to mitigate against collusion and perhaps add a human element to the digital game. However, online poker for many is appealing because it’s anonymous. After all, you could just go to the casino to play in person if you wish to see faces.

In one recent attempt to up the game for online poker with webcams, poker legend Barry Greenstein put his name behind a new product called Dealio. “Poker is as much a psychological game as it is a mathematical one,” the Poker Hall of Famer said in a presser in May. “You need to be able to see how your opponent reacts to your bet to know what they are thinking about.”

The first press release for Dealio Webcam Poker is out.
https://t.co/Bn29OICmjb

It’s hard, however, to imagine that online poker with video streaming will become the predominant way of playing anytime soon, if ever. Most people have already started to hear about so-called Zoom fatigue, and it may still feel unsettling to give people access to your private residence through video. Maybe that will change as the current generation of kids from the COVID era grow into adulthood.

Twitch, which has some poker streamers, has shown that traditional video games and livestreaming can mix well with certain conditions. Poker is gambling, though.

For many people, at least right now, online poker is an activity where you let your hair down, so to speak, change into comfy clothes, and basically veg out. That’s not the kind of thing that most people are yet interested in broadcasting over the internet, especially to strangers.

Furthermore, experienced poker players could benefit by having access to a weaker opponent’s video stream. Sorry, Barry, you’re a card shark. That’s not an ideal situation for any online poker operator looking to have people unfamiliar with the game give it a try for real money.

Online poker has been a dud nationally over the past 10 years. While online casino and online sports betting (since 2018) have taken off, online poker has struggled. The reason is that a decades-old law has been a roadblock preventing poker sites from pooling players across their respective platforms that are ring-fenced to particular states. With altered interpretation of the law, widespread pooling is on the horizon.

The situation over the past decade hasn’t led to much innovation in online poker, at least not compared to online casino. Perhaps the top dogs in the online poker world — PokerStars and the WSOP — will look more into video streaming for private games, perhaps even public games.

States with legal online casino sites have seen them offer so-called live dealer games via the internet. Real human dealers are in a studio, running blackjack or other games livestreamed to players on their computers or cell phones. Michigan just OK’d their launch this week.

Clearly the COVID era has shown that for many people, especially among their friends, seeing faces is still an enjoyable aspect of playing poker. Online poker with avatars and whatever screen name you like definitely isn’t on the verge of taking over completely, even with more states legalizing online poker and with the potential for liquidity sharing to grow tournament prize pools.

During the height of the 2000s poker boom, live poker grew dramatically alongside the growth of online poker. Both are still very viable casino products/offerings. Time will tell how popular blurring the line between live and online poker will be as we move into a post-COVID world.

If webcams for online poker become more popular, top online poker sites would probably want to offer that option with their own products, rather than have players use third-party apps that could breach terms of service. For example, if you and your friend decided to use webcams while playing together at a public table, that could get your accounts shut down.

At any rate, it’s a very positive sign for poker overall that it’s the first gaming activity to be embraced by Zoom to continue to enhance its product and drive engagement. It’s still a popular pastime. 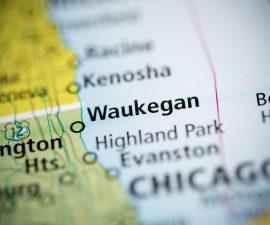 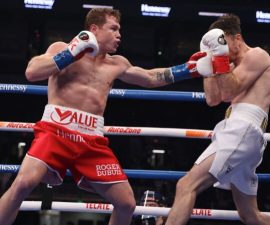