On Aug. 12, 1994, Major League Baseball broke my heart and sent streams of tears down my chunky 12-year-old cheeks.

Tony Gwynn had accumulated a .394 batting average and was making a serious run at the untouchable .400 for a season. My beloved Atlanta Braves were 68-48 but trailing by six games the Moises Alou, Larry Walker, and Pedro Martinez-led Montreal Expos, who would never reach the playoffs as the Expos again.

I sat stunned in a packed room of fellow baseball campers at the mecca for diamond dreamers in Williamsport, Pa., home of the Little League World Series. Campers and instructors, who were huddled around a wheeled-in tubed television, had just learned of MLB’s player strike, which ultimately would result in the season’s cancellation, the World Series included.

Thus began the damage that the labor battle inflicted on the “national pastime” and its faithful following. It was one of many self-inflicted MLB wounds that would follow, including the Steroid Era and Biogenesis scandals. More recently came the MLB’s blind eye to and burial of the Houston Astros’ egregious sign-stealing scheme. There was also its arrogant, selfish assault on a consumer-friendly sports betting market nationwide, lowlighted by the quest for a comical “integrity fee.” And then there’s the mind-bending, backward, geographically imperfect, anti-common sense blackout policy. Now throw in the latest black eye — the “sticky stuff” controversy (an integrity debacle!).

The quote below is from agent Seth Levinson. It is part of a larger story with @EvanDrellich about the negotiating staredown between the players and owners on economics. https://t.co/fjPvy5hfBR https://t.co/A6fEApJobb

But for me the most egregious, back-breaking MLB conduct was the owners’ bad-faith negotiations with the players during the heights of the COVID-19 pandemic in the spring and summer of 2020. Instead of seizing an opportunity to put on the only sports show in town, applying similar safety protocols that would eventually permit resumption of play for the NBA and NHL, for MLB the money prevailed over honoring fans’ hunger for baseball and some normalcy.

“There are definitely more than eight owners who don’t want to play,” preeminent baseball reporter Ken Rosenthal reported for The Athletic.

Yes, mired in a salary dispute and bad faith negotiations with the players, the owners of baseball did not want to … play ball. Upon reading that, I grabbed the baseball on my desk that’s used to promote clear thinking and put a round-shaped dent in the drywall. MLB has had my heart and full attention since birth, when my father’s eyes shifted between my laboring mother and a Detroit Tigers game.

In a 2021 season that may end with the awarding of a “piece of metal” (as MLB Commissioner Rob Manfred infamously termed the trophy awarded to the World Series champ) and a headlong dive into another work stoppage with games next year possibly canceled, I haven’t watched a single inning. Not one. Life is short and busy, and so I decided in February to stop investing my time in a greedy, rudderless, arrogant institution.

While my baseball viewership stoppage feels a bit … weird, after a lifetime of devotion to the sport and late night email threads with the co-manager of my high-stakes fantasy baseball team (that culminated in momentous transactions such as the signing of Aaron Harang for a spot start), it really hasn’t been difficult. I had figured I’d be back on the wagon before the 2021 All-Star break, but much to my surprise, mid-July is here and I’m closer to a permanent ban.

Upon pulling the plug, I’ve dialed into actually reading books again, watching more of the many excellent TV shows on streaming networks that don’t black out viewers, and finding my inner suburban dad through identifying and tackling various overlooked home improvement projects.

“It’s just a disaster for our game, absolutely no question about it,” Manfred told ESPN during the 2020 negotiations that eventually produced just a 60-game season. “It shouldn’t be happening, and it’s important that we find a way to get past it and get the game back on the field for the benefit of our fans.”

No, Manfred, it shouldn’t have happened.

MLB continues to generate tons of money, and as long as live programming remains in short supply and high demand, the league will remain relevant. But MLB is indeed in crisis mode as it swings between controversies, the sport’s sagging popularity among youths, and the failed solutions for reducing game length, like the goofy rule placing a runner on second base in extra innings, which has infuriated purists and irritated everyone else. (Just add a damn pitch clock, fellas, and keep the ball moving.)

I do miss the game. My 7-year-old nephew began playing real baseball in the spring. He loves Aaron Judge and the New York Yankees and now follows the standings like I did at his age. We played a game of fathers vs. kids whiffle ball over Fourth of July weekend. I’ll never forget the rush of crushing a hard-hit liner down the line for a stand-up double. These days, my toddler has a nice lefty swing and probably will take up tee ball in a couple years. But nostalgia is not infinite.

This is a gambling industry publication, so I’ll add that I think the overall sharp NBA Commissioner Adam Silver is misguided in his assessment that baseball lines up perfectly for sports betting. Yeah, it can’t hurt engagement to have viewers put more dollars down during the numerous stoppages, but no, betting on the next pitch or next out is challenging to execute due to latency issues (if fans in blacked-out markets can even watch), really not that popular, and it’s basically a sports version of a slot machine.

In other words, micro-markets in baseball sound good in a boardroom, but in practice, they won’t move the needle. And of course, these days — as I’ve been told but haven’t seen — batters have never fared worse or struck out more as fewer and fewer balls get put into play. This is due in part, of course, to MLB leaders’ delay in addressing pitchers’ manipulation of baseballs with synthetic sticky stuff — yet another form of substance abuse in the game.

Also on the betting front, I remain sour over MLB’s attempts to capture the regulation and direction of sports betting in the U.S. In the winter of 2018 when West Virginia somewhat surprised as a first-wave, pre-PASPA-striking mover, Dan Halem, deputy commissioner for Major League Baseball, told Gov. Jim Justice of the legislature’s sports betting bill that did not include the loathsome “integrity fee,” among other things: “Yours is one of the poorest bills in the United States.” The Athletic’s Joe Vardon quoted Halem as saying, “Not one of our issues was taken up, not a single one. If you don’t want to address them, then we won’t do business in this state and we’ll leave.”

In other words, bullies. Fortunately, West Virginia lawmakers didn’t budge. They made it the first state to legalize sports wagering in 2018, and one of the first to launch with a model that’s among the most friendly to both sports bettors and operators.

In 1995, in a shortened season following the 1994 strike, I came right back to the game. I built a shrine to Greg Maddux with newspaper clippings, and in 2014 I joined my father watching him get inducted to the Hall of Fame in Cooperstown (along with Braves legends Tom Glavine and Bobby Cox). In 2021, I won’t steer my son away from baseball, but the World Series won’t be shown in our sports cave downstairs.

I’ll always love baseball and cherish memories such as Dave Justice’s solo bomb to the right field stands clinching Game 6 of the 1995 World Series, 1-0, but I’ve had enough of MLB.

As BJ Barham’s song to his daughter Madeline goes, “The most valuable thing you can give someone’s your time.”

Maybe time will bring some positive change for baseball — better leadership, owners willing to invest a few bucks in goodwill toward fans, a rational plan for streaming baseball games, maybe even a damn pitch clock.

But my time is too valuable — after two decades devoting probably four hours a day, almost every day from April to October — to continue handing it over to this league.

The post Why I’m Boycotting MLB: Insults And Greed Have Overcome Nostalgia And Lifelong Passion appeared first on USBets. 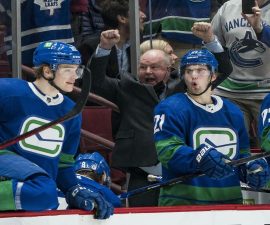 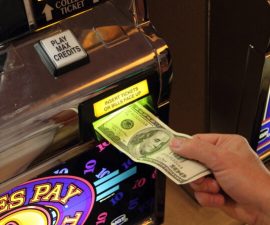 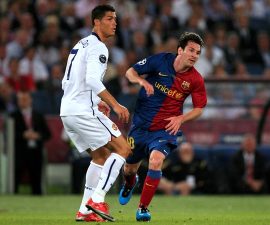