See, my home league started in 1986 when we were freshmen in high school, and mere babes in the fantasy woods. Case in point: I drafted Tony Franklin — the kicker — with my first-round pick.

By 1990, half our league — I was the commish — was headed off to college, and figuring we’d all be too busy drinking and having sex (I was wildly successful in one of those categories) I made the decision to ban trades, waivers, and lineups. We just drafted a team, and then … nothing. Whoever had the most points at the end of the year won.

The next year, after trading stories of drinking and lying about the sex, we went back to our regular ol’ fantasy football. It was, and remains, glorious, as we head into our 36th year of easily the best home league ever created. (Hit me up for the rules; I’m telling you, we nailed it. Anyway … )

Anyway, when actual best ball leagues started percolating in the fantasy streets a few years back, I was wholly uninterested. Sounded kind of boring, honestly, drafting a team and then … nothing.

“I think there’s something going on with crypto, collecting, retail stock trading, and I think best ball sort of falls under that umbrella for some people,” said Nick Rudman, the director of communications for Underdog Fantasy. “The way you build out your portfolio of players — and we’re seeing it now with the prices of running backs cratering — is a big draw. If you were drafting Saquon Barkley at no. 3 a month ago, maybe you didn’t make a great buy. There’s an element of trading and risk-taking and portfolio building that has gotten huge during COVID.”

Visualized all of the backfields to compare their Underdog ADP. Currently, the cheapest backfield is Texans, but the Bills' and Bucs' RBs are also significantly discounted. Meanwhile, only the Chargers and Steelers have one RB being drafted within the top 216 in ADP. pic.twitter.com/x16KktQERT

Another thing that has gotten huge during COVID is Underdog Fantasy itself.

Founded by Jeremy Levine, who also founded StarStreet and Draft (and sold them both), Underdog launched last summer, and made a splash with its $1 million best ball tournament. The company also does daily drafts, pick ’em contests, prop over/unders … but again, it’s the best ball that got people talking.

To be clear: Underdog is not the only best ball operator out there. The FFPC (Fantasy Football Players Championship) has introduced a $100,000 best ball tournament this year, and DraftKings is in the second year of running a pair of best ball tournaments, including a $3.5 million contest.

But it’s Underdog — and its own $3.5 million tournament, “Best Ball Mania II” — that has seemingly captured the hearts, minds, and tweets of fantasy footballers across America. It launched in early May, days after the NFL draft, and already has over 53,000 entries at $25 a pop (the contest is limited to 155,000 entries).

“It’s crazy,” said Rudman. “I thought it would do pretty well, but we never know what to guess with this kind of stuff. It’s filling very fast, doing about 7 to 8 percent a day. It will probably fill by the end of the week.”

For those unfamiliar: Best ball is awesome.

It’s an 18-round, 12-person draft, and once you’re done — figure about 30-60 minutes, depending on how fast your fellow drafters are — you’re done. Each week, your team will consist of one quarterback, two running backs, three wide receivers, a tight end, and a non-QB flex. But you’re not putting in a lineup each week; whichever players on your team score the most at their positions are the only points that count.

But the magnetic pull, I’m finding, is in the drafting itself. The strategies involved are endless. I mean, have you heard of zero RB? How about hyper-fragile? Anti-zero RB? Robust RB? And that’s just for the running back position.

Me: Here's another column on RB strategy in fantasy football. This time it's only using data from @UnderdogFantasy. https://t.co/oxZyyL4Xpx

Having participated in more best ball drafts this season than I planned to, I can promise you I’ve dabbled in every strategy known to man, and probably a few more I stumbled into blindly.

But going back to Rudman’s original point, the crypto/retail trading/collecting thing, I think that’s where the real fun lands for best ball. I have built a portfolio of players, spread things out, built teams differently. Each draft I enter is not in a vacuum, it’s part of a larger whole.

Best ball is pretty much the Lays potato chip for the fantasy community: Betcha can’t draft just one.

Aiming for the top

Of course, Underdog does not solely exist to give me something to occupy myself with; it’s a business, and as such, the people working there have big plans.

“We want to be the third name people think about in fantasy right now,” Rudman said. “We see FanDuel and DraftKings as our competitors. Will we ever offer a salary cap game? I don’t know. But in five years from now, we’re coming for the top. We want to offer the best fantasy experience out there.”

In one respect, Underdog and DraftKings are legitimately at war, each offering the same purse for their top best ball tourneys. But while DraftKings is, obviously, the Goliath in this story, all the Twitter buzz is surrounding Underdog.

“I think they have bigger fish to fry,” Rudman said. “Obviously, DraftKings is a smash success, have done everything right, but this is not a product that’s going to make a zillion dollars.”

While Underdog isn’t sitting on zillions, they did manage to do something that’s almost more difficult: This year, they effectively pushed the start of the fantasy football season to May by launching the product so early. Last year, they didn’t offer best ball tournaments until July 17.

“I think we made a decent dent in the fantasy football psyche,” Rudman said.

As for the future?

This is clearly a company with — oh please forgive me — the speed of lightning and roar of thunder.

The post Underdog Fantasy Has Brought Best Ball Tournaments To The Mainstream appeared first on USBets. 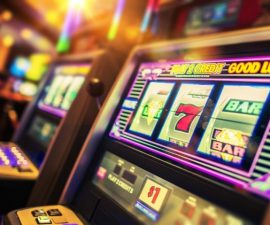 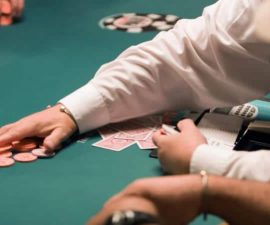 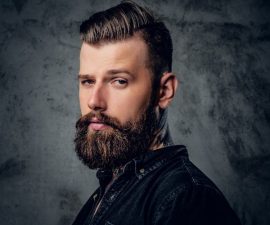