As it turns out, NFL players aren’t exactly all aboard the COVID vaccine train.

In fact, as of this writing, only 13 of the NFL’s 32 teams have hit the 85% vaccination threshold, according to an NFL.com report. And two teams are currently under 50%.

What this means for the teams is simple: Hit the 85% mark, and it’s possible the NFLPA and the NFL could agree to relaxed protocols for the whole team.

Carolina Panthers among most COVID-19 vaccinated teams in the NFL https://t.co/Ah5ZLNLpnd

Don’t hit that mark, and it will be a tale of two teams for each franchise. Vaccinated players will be able to do basically whatever they want; unvaccinated players will have daily COVID tests, be forced to wear masks, must social distance, won’t be allowed to eat meals with vaccinated members of the team, won’t be allowed to use the sauna or steam room, and will be locked in their hotel room while on the road.

Clearly, the NFL would like to see 100% of its players vaccinated.

And Michael Irvin, the former Dallas Cowboys wide receiver and current ESPN analyst, would like to see his former team fully vaxxed.

“Somebody in that damn locker room [should say], ‘Hey, man, we’re going to have a chance, are you vaccinated?’” Irvin said, according to an ESPN report. “Let’s go through this because this could be a two-week healthy dude missing games, and in this league, this ain’t the NBA. In this league that could be it for you. The right person misses two weeks, that’s it. Your ass is out.”

One group watching to see whose “ass is out” very carefully are the sportsbook honchos. With the NFL futures market kicking into high gear as training camps open, the books are keeping a close eye on vaccination rates and the like, while trying not to overreact to rumors.

“NFL trading has been as much a qualitative exercise as quantitative in the COVID era,” said Mattias Stetz, the COO for Rush Street Interactive, which operates the BetRivers and SugarHouse sportsbooks. “While we hope COVID-related absences will be significantly reduced in 2021, our strategy from a pricing standpoint will be similar to last season in that we will closely monitor the news 24/7.

“It stands to reason that teams with lower vaccination rates will require additional scrutiny in that regard, but our overarching philosophy whenever a COVID rumor surfaces will be to remain on top of the story and, if necessary, act swiftly using the analytical tools at our disposal.”

One area Stetz and his team will be acutely aware of is any star player’s COVID-related absence.

“In terms of season win totals and the core outright markets, it’s unlikely a COVID absence — even to a key player — would result in any notable adjustments to those prices, particularly given the 17-game season,” he said. “Season-long player props, however, are an exception. If a team were to lose its starting quarterback for the first game or two of the regular season, that would certainly affect markets like that player’s season-long passing yards and touchdowns. In that scenario, we would recalculate and reprice those markets based on the new information.”

Washington, Indianapolis, Arizona and the Los Angeles Chargers had the four lowest COVID-19 vaccination rates in the league as of Thursday. https://t.co/Pc7KTNxyZ8

Over at PointsBet, its trading team is carefully monitoring the goings-on.

“The position of the book is just maintaining caution, keeping a very close eye on the situation and trying not to overreact to any sort of rumors,” said Wyatt Yearout, a communications analyst with the company. “At this point in time, that is really the extent of what we’re doing in regard to all of the news revolving around COVID and the upcoming NFL season.”

One important note Yearout brings up is a key PointsBet house rule — as well as the rule for most, if not all, of the sportsbooks: When it comes to win totals and similar team bets, all 17 games must be played for the bets to stand,

“These rules allow us to take a more cautious approach to rumors rather than making changes,” Yearout said. “In a situation such as a canceled game, house rules would void the bets due to the market needing 17 games played to stand — so no need to adjust the market.”

Johnny Avello, who runs the DraftKings sportsbook, is even more sanguine about COVID risks as we head toward the 2021 NFL season.

“It doesn’t mean much, certainly not right now,” he said. “If somebody gets COVID now, they’re probably fine in a week.”

Avello said the closer we get to the start of the season, the closer he’ll be watching for COVID news, but no more so than any other injury that may last for a week or two.

“It most cases these athletes who test positive are back out on the field in 10 days,” he noted.

So is there anything he, or bettors, should be looking for in regard to news concerning low vaccination rates among some teams?

“I suppose you can handicap who gets COVID and who doesn’t,” he said.

The post Sportsbooks Keeping Half An Eye On COVID News As NFL Training Camps Open appeared first on USBets. 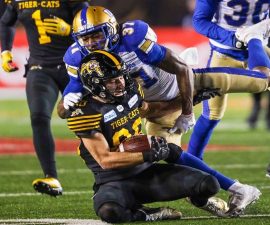 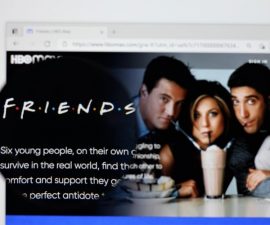 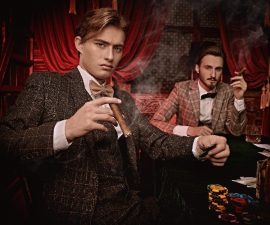