Home
Blog
Smart Speakers Prove To Be An Invaluable — Wait, No, Not Valuable At All– Gambling Tool
Tweet Pin It

I’m old enough to remember when smart speakers were going to change the world. As a result, I somehow have both an Alexa and a Google whatever-they-call-it. (It’s a “Nest,” I just found out, and they can clearly use some marketing help as I’ll lay 3-to-1 you didn’t know it was called Nest either.)

Anyway, I’ve discovered these things are awesome for three things:

1) Listening to music. I somehow managed to sync my Spotify to the Google Nest — I never successfully sent a fax in my life, so don’t ask me how I did it — but yeah, I can listen to pretty much anything I want at any time just by saying it aloud. Awesome.

2) Finding out what the weather is when I’m too lazy to pick up my phone that is never more than six inches away from me. Awesome.

3) Using the music feature to blast the Beastie Boys at 6:45 a.m. in an always-successful effort to rouse the rest of my family. We’ve got school, kids. Awesome.

I’ve yet to come up with a fourth reason why these things are awesome, and, as you’re about to see, I’m still coming up empty.

Here’s what happened: I was home alone, working, and I’ve found — as I’m guessing/hoping many of you have discovered the same in the COVID era — I sometimes talk out loud to myself. And on this day, I was taking a look at the Los Angeles Angels game against the Oakland A’s, an afternoon start, and I, for no good reason, asked Alexa who was going to win the game. In fact, my exact question was, “Alexa, who’s going to win the A’s and Angels game?” Figured maybe I’d put a few bucks down.

The response was less than stellar.

“Here’s something I found on the web: According to WhiteSoxInteractive.com, if A.J. strikes out and doesn’t run to first the Angels win the game 1-to-1.”

As you can see, this was not quite actionable information, so I went to Google with the same question. Again, not much help.

“The Angels’ next game is on Thursday at 8:10 p.m. when they play the Minnesota Twins.”

A few minutes later, after listening to some Steely Dan (“Aja”) and checking the weather (92 and sunny) I decided to put on my white lab coat and do a more scientific test when it comes to smart speakers and gambling.

I decided to try some poker stuff first, thinking this should be relatively easy for Alexa and Google. First up, I asked them both what the best hand in poker is, figuring if they got this wrong, I may as well pull the plug.

Thankfully, they both passed.

“On the website cardchat.com, they say the best hand in poker is a royal flush,” Google said. “It’s made out of an ace, king, queen, jack, ten of the same suit.”

OK, good start. I then asked them what they could tell me about Doyle Brunson, and all I got out of both of them was a reading of his Wikipedia page. Fine, whatever.

Then I asked if I should play competitive Texas hold ‘em. (For the record, the true answer is “No, as you suck at competitive poker and sweat out of your cheeks and probably have the most obvious tells in the history of mankind,” but instead I got the first true difference between the two smart speakers.)

Alexa, however, came through, starting her conversation with, “I couldn’t understand,” but finishing with a flourish, stating, “but I may have a few recommendations. There’s a skill called Poker Tips. Would you like to try it?”

I replied in the affirmative, and the first tip was … “Here’s your tip: High cards are much better than low cards.”

That is a terrible poker tip, but when Alexa asked if I wanted more, I said yes. Repeatedly. Here’s a rundown …

All in all, not terrible advice. Well played, Alexa.

At this point, I decided to wade into my current passion/addiction: Best ball. I asked how many best ball teams I should be drafting, knowing full well I have already drafted 48, which is about 47 more than I intended to.

Google: “Sorry, I don’t have any information about that.”

OK, fair enough, we’re not yet at a point where these things can psychoanalyze me. So I asked a more direct question, and one that I was facing right at that moment: Should I take Tom Brady or Joe Burrow with my next pick?

Google was once again useless, saying it had “no information about that.”

Alexa tried to help, but was a day late and a dollar short.

“Here’s something I found on the web: According to AtlantaFalcons.com, I like Burrow. He’s probably going to be a very good NFL QB, but Brady is the Joe that every NFL team should be coveting and he’s the one that every team has the opportunity to try and sign.”

At this point, I moved on (and took Burrow). The Mets and Braves had a doubleheader scheduled, so I decided to try the original gambit, and asked who would win.

“Today, the Mets will face the Braves in New York City at 7:10 p.m.,” responded Google, to which I loudly demanded, “But who do you think will win?”

On the frozen tundra

I decided to finish up with a trio of general questions, and Google, fresh off his “humans” crack, kept the sarcasm flowing.

“Do you like playing daily fantasy sports?” I asked, to which Alexa replied, “Sorry, I don’t know that.”

“I like cricket. It’s the only sport where you can score a googly.”

Zampa picks up another with a brilliant googly, leading to the stumping of Hosein.

Bit of confusion with the 'OUT' button, but they got there.

I then asked them both if they like to gamble.

“I did the math and I don’t like the odds of answering that question,” said Alexa.

I then asked if they thought I gambled too much. (“Yes,” came the answer from my wife in the kitchen, who was having a hard time believing I was getting paid actual cash money to walk back and forth in gym shorts while talking to electronic devices.)

Google though, came through in the clutch.

No idea what that means in regard to the question, but I liked it and decided to end on a high note.

Long story short: Touts need not worry about being replaced by smart speakers. Carry on.

The post Smart Speakers Prove To Be An Invaluable — Wait, No, Not Valuable At All– Gambling Tool appeared first on USBets. 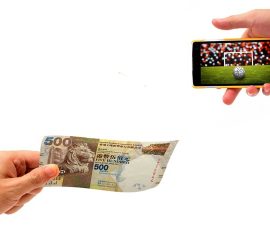 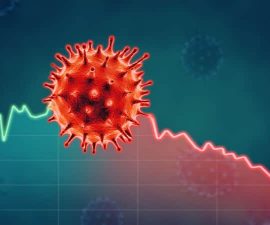 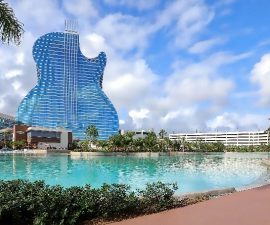