Drive a few bay-straddling miles along U.S. 101 from 7 Cedars Casino on Washington state’s majestic Olympic peninsula and you’ll arrive at a funky burger joint called Fat Smitty’s, a shrine to double-decker patties and patriotic freedom that features dollar bills dripping from its ceiling and walls.

Which is to say, if your casino is anywhere remotely close to a burger joint like Fat Smitty’s, you’re in the sticks, bubba, where the stop signs say, “Whoa!”

Back when it opened in 1995, the main attractions at 7 Cedars Casino were bingo and table games. The building it was housed in was so modest that it would occasionally elicit snickers from passersby.

Operated by the Jamestown S’Klallam Tribe, the now-sprawling casino property features banks of slot machines, an off-track betting parlor, a handful of restaurants and bars, large conference rooms, a cannabis retail outlet, and a new 100-room hotel — with an adjacent meadow providing space to expand. The tribe also owns and operates a golf course and a medical center in the “big town” of Sequim, which boasts a geriatric-skewing population of some 8,000 people. And, fingers crossed, the tribe will open one of the state’s first sportsbooks sometime during the upcoming NFL season.

‘A lot of trial and error’

Starting a sportsbook from scratch is no small undertaking, as numerous tribes around the country have learned. In 2019, Oregon’s Siiletz Tribe opened a sportsbook at the Chinook Winds Casino Resort in the coastal town of Lincoln City.

“There was no sportsbook here in the Northwest, so there were no qualified people to hire. We were all learning as we went from day one,” said Matt Pond, who heads up Chinook Winds’ sports wagering department. “Our vendor, Las Vegas Dissemination Company, was down here for the first week. They helped out a lot with training and everything.”

When the tribe’s sportsbook opened during football season in 2019, it had lines that, by Pond’s estimate, were 50 feet long every Sunday morning until the state lottery launched its exclusive mobile wagering app in October of that year. But while the book then lost maybe 30% of its NFL business, it still had the market cornered on college sports wagering, on which the lottery declined to offer its own action.

Then there were the sharps.

“There was a lot of trial and error,” Pond said of the book’s early days. “One or two people would find a way to exploit dead numbers on parlay cards — like somebody getting hurt early in the week and the parlay cards didn’t change. It took us a week or two to figure that out.”

Sports Betting will be back tomorrow at 10am https://t.co/KqZYXSKoAb

Founded by Vic Salerno, US Bookmaking has helped tribes all over the country get sportsbooks up and running.

“It’s been challenging, that’s for sure,” said Salerno. “You’re dealing with people who, with all due respect, don’t really know anything about sports betting. So the first thing we have to do is educate them, and that education process can take a while. And they have to educate us on what their tribal concerns are, getting licensing done through their tribal commission. Then it’s trying to explain that you can have anything from a very small book to a large book, or you can start small and grow, as we’ve done in several places.

“You really have to be in tight with the tribal IT people. We have some tribes that are as safe as Fort Knox and other ones that aren’t quite there,” he added. “Having the proper hardware and software and showing them how and where to install it is key.”

Speaking of hardware and software, Salerno has noticed that tribes are typically wary of a certain handheld gadget that has fattened handles in states where betting with them is legal.

“All of the tribal casinos really want retail. They don’t want mobile,” he said. “There’s still that fear that if you have mobile, that will keep people away from their casinos. We had the problem when we introduced mobile wagering in Las Vegas. Places like the South Point didn’t want to put on mobile. I explained to them that when it comes to in-game and halftime wagering, I’m not going to get off my ass and come to your casino. What they found is it really increased the retail business along with the mobile business.”

If what Salerno says about tribal attitudes toward mobile betting is the rule, then the Jamestown Tribe is the progressive exception. Jerry Allen — the CEO of 7 Cedars Casino whose brother, Ron, is among the longest-serving tribal chairs in the country — is a frequent Vegas visitor and an enthusiastic advocate for mobile wagering.

“I’m a believer that it just helps build your product,” he said. “Because the margins are what they are in sports betting, if [bettors are] sitting at home and I get five times the revenue out of it, that’s better for me. There are others in the state that don’t want to believe it’s gonna be a benefit to go to mobile. They think [sports betting is] a driver to their retail or brick-and-mortar.”

But Allen rejects the notion that a sports bettor is likely to diversify their casino gaming interests.

“Everybody thought we were gonna turn poker players into slot and blackjack players. They didn’t do that much at all,” he said. “The sports guy is a sports guy. He’d rather go in there and put 20 bucks on a six-leg parlay and go home and have some fun and watch it. Or sit in a book and watch it. That’s their space. That’s their VFW Club. Having been to a lot of sportsbooks myself, they’re just community centers.”

Unfortunately for Allen, the compacts his tribe and 14 others (and counting) have agreed to with the state do not allow for unfettered mobile sports betting. Each tribe will have the option to have a geofenced mobile app that will give gamblers a sort of drive-thru option, provided the app’s boundaries extend to the parking lot. Kiosks will be allowed, but only in casinos and immediately adjacent areas, and gamblers will not be allowed to wager on college sports teams — like Gonzaga and the University of Washington — that are based in Washington state.

These restrictions tend to frustrate Allen, a confident, fast-talking man who is unafraid of confrontational candor.

“You’ve got more DNA attached to mobile betting than anonymous betting that goes through ticket windows,” he said. “You gotta give up your Social Security number, everything. The more you can open up mobile betting, the more integrity you’re going to have in watching the money.”

Allen would love to put sports betting kiosks in the tribe’s convenience store and golf course, but the state won’t allow it.

“Things that sort of went beyond the gaming facilities — golf courses, amphitheaters — are probably too far from the state’s perspective, and that’s what was negotiated in the compact,” explained Brian Considine, legal and legislative manager for the Washington State Gambling Commission. “How we define premises excluded those types of things that were not adjacent to the gaming facility.”

“The state is slow to learn the practical side of some of these things,” countered Allen. “Kiosks are a good example. I want to put them in my store and they’re like, ‘You can’t do that.’ And I’m like, ‘What are you talking about? I got a lottery kiosk in there. So you guys aren’t scared about the lottery kiosk, why are you scared about this?’ And they’re like, ‘Oh, it’s money laundering, it’s underage gaming.’”

And don’t get Allen started on the in-state school prohibition, which, in fairness, is a model that has been adopted by several other states — including, at one time, Nevada.

“The state heard from the college presidents: ‘We don’t want any legal gaming on our sports.’ So they want to keep this underground, under the cloak of darkness?” said Allen. “What did Nevada learn years ago when they prohibited [betting on] the University of Nevada, UNLV, Reno? All they did was keep it underground and keep the bookies alive. Marijuana — same thing. Let’s do it and let’s tax it and let’s get it in the daylight where we know everything that’s going on.”

In the sticks, sharps stick out like sore thumbs

While Considine is optimistic that sports wagering licenses will be issued by the end of August, thus providing “a window for tribes to launch by that first NFL game,” Allen points to a Thanksgiving opening as a more realistic timeline that allows for potential — and, in his thinking, inevitable — bureaucratic hiccups.

Allen briefly considered locating his sportsbook in a 250-capacity club that currently serves as 7 Cedars’ live-music venue and bingo parlor. But, ultimately, he decided it should go next to an existing OTB area that’s near the entrance to the casino’s smoking section.

“How much real estate are you willing to give up with the margins where they are at?” Allen said in explaining his choice.

Getting the book up and running will involve some additional seating, wager windows, and wall-mounted monitors, as well as the selection of an operator, which Allen says will happen relatively soon. In other words, relatively turn-key — and Allen’s not sweating the sharps.

“Being a smaller property, they show up quite easily to us,” he said. “It’d be harder at a bigger property. Our table games, we fundamentally know our customers, and when somebody comes in without a player’s card and starts betting erratically, they show up like a sore thumb. It will be the same with sports betting.” 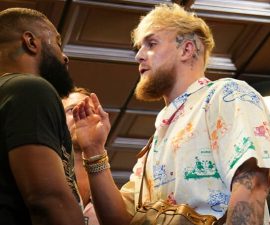 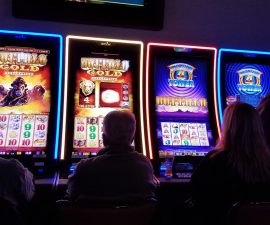 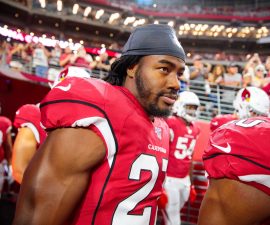