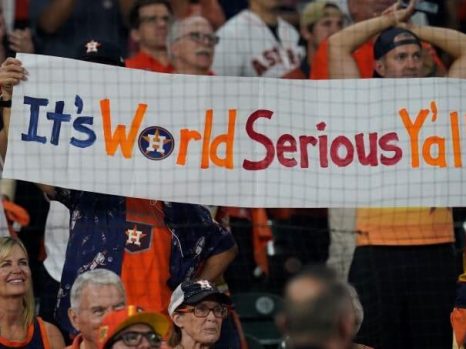 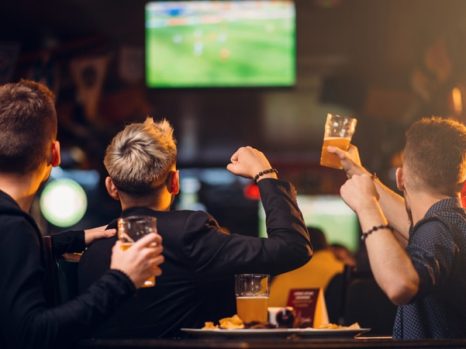 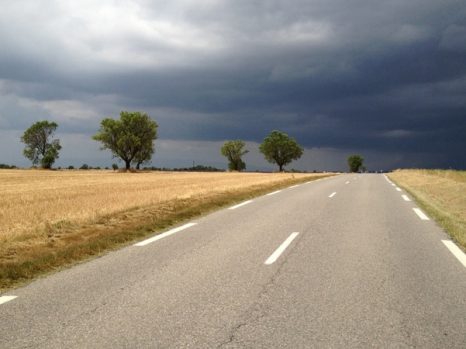 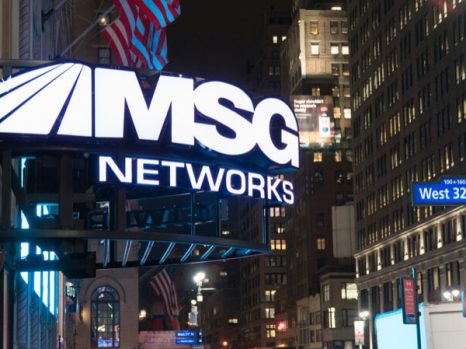 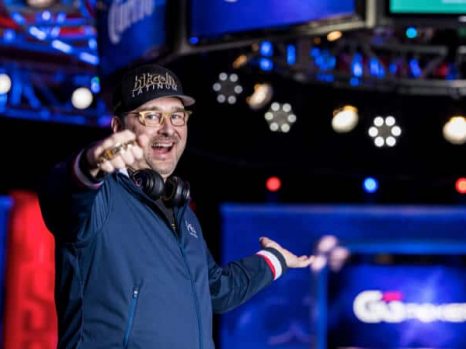 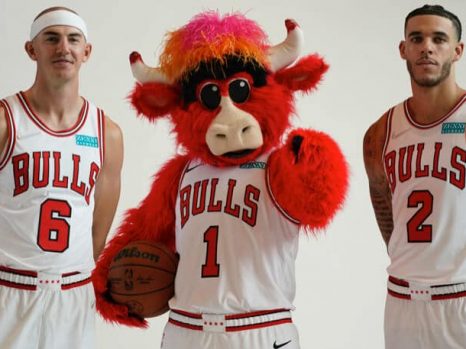 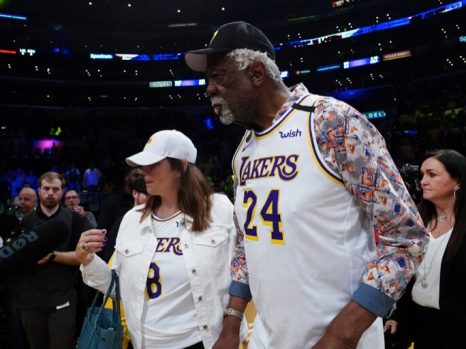 If you thought before the MLB season started that the San Francisco Giants would have the most wins at the All-Star break and the New York Yankees would be eight games out of first place in their division, good for you, you savant.

If you’re that genius who somehow sensed that DH/pitcher Shohei Ohtani and pitcher Jacob deGrom would become MVP favorites – and who stands to become a half-million dollars richer if it holds true another three months – even better.

Both Ohtani and deGrom are currently the favorites to win MVP…

There is never a baseball season that looks the same in mid-July as it did in March, and 2021 is no different. The sportsbooks and betting public do the best they can every spring training to square what they see in Florida and Arizona with what occurred the prior year and come up with reasonable futures odds and wagers.

But the oddities of the COVID-shortened 2000 season – and the many 2021 injuries thought to be related to it – have thrown things even more upside down than usual. So as the best from the NL and AL gather in Denver this week, we’re in the midst of a season in which the Minnesota Twins — who started the season with a wins total projection of nearly 90 — are 11 games under .500. The St. Louis Cardinals and Atlanta Braves, both predicted to win their divisions, also have more losses than wins.

Preseason MVP favorites Mike Trout (injured) and Mookie Betts (good, not great) are nowhere near the top of the odds boards now for the honor, as Ohtani and deGrom have supplanted them in their own potentially historic ways. And those Yankees — “damned Yankees,”  most likely, to their backers this year — are no better than 10/1 just to win the AL East after starting the season as the betting favorite behind the Los Angeles Dodgers to win the World Series.

The Dodgers are about as consistent and predictable as any entity has been odds-wise this year, but their season has been thrown asunder by the Giants, a team full of surprising 30-somethings that leads the NL West after starting the season projected to win no more than 76 games.

Here’s a look at some of the biggest oddities in the odds changes in MLB at this point, assisted by John Sheeran, FanDuel’s director of risk and trading.

“Ohtani has been the major story this year and one of the biggest surprises we’ve had,” Sheeran said.

The two-way sensation for the Los Angeles Angels leads the league in home runs with 33, making him the favorite to win the Home Run Derby at Coors Field Monday night. In addition, he is 4-1 with a 3.49 ERA and 87 strikeouts in 67 innings when taking the mound. There have been as many recent comparisons of him to Babe Ruth as there’ve been inspections of pitchers’ gloves.

“We actually introduced him at about 50-to-1 back in February,” Sheeran said. “He’s been really heavily bet at all of those prices. Right now, he’s about the only loser we have in [the MVP] market, and it’s a significant six-figure number. It’d be a pretty bad loss for us, but it’s a good story overall.”

The AL Cy Young race has had less stirring drama. Yanks ace Gerrit Cole started as the preseason favorite, around +350, and has only solidified his claim since then. FanDuel makes him -115 and BetMGM has him -120, with Carlos Rodon of the White Sox the most serious competition at +200 with both books.

Kershaw did it, but can deGrom?

The Mets’ deGrom already owns two Cy Young Awards, so no surprise that he entered the season as favorite for a third — generally around +425.

But now, with a microscopic 1.08 ERA (and a WHIP of 0.54 that only the world’s most powerful electronic microscope can detect) for his division-leading team, deGrom is not only a Cy Young runaway at -1000, but also the NL’s leading MVP candidate.

FanDuel and FOX Bet have him -105 and BetMGM makes him -110 to become just the second NL pitcher in the last half-century to win MVP. The Dodgers’ Clayton Kershaw did so in 2014.

A bigger threat to deGrom’s needing to make more room for trophies could come from potential injury, as he has had various issues that have limited his number of starts and innings this year. When he has pitched, however, he has been remarkable — even if an anemic Mets offense doesn’t always provide wins (he has seven in 15 starts) to make his stat sheet even more impressive.

Bettors love the Yanks, much to their chagrin

While fans in several cities could point to their teams’ surprising sub-.500 records to wail in despair, it is a team three games over .500 that is the most stunning disappointment.

“If you had told someone the Yankees would get as big as 20-to-1 before the All-Star break to win the World Series, they would have committed you on the spot,” Sheeran said.

And yet here the Bronx Bombers — or maybe just “bombs” this year — sit at 25/1 to win the World Series at most sportsbooks. At the end of March, the consensus was +550, behind only the Dodgers at +350.

The Yankees haven’t scored nearly as many runs as their lineup would suggest they should, and other than Cole there’s not enough pitching to compensate. That’s not so bad for the sportsbooks, however, who always take a lot of futures action on the major-market team loaded with superstars.

“They are the most heavily bet baseball team, being on the East Coast with a big fan base,” Sheeran said. “Any time the Yankees struggle, invariably we’ll do reasonably well.”

Meanwhile, the Twins have just been surprisingly bad, and the Cardinals and Braves are among teams to suffer significant player losses from injuries (or a domestic abuse investigation), with the latest shock being a season-ending ACL tear by Atlanta superstar Ronald Acuna Jr.

Can Giants quietly win it all? Odds don’t suggest it

While the Braves’ troubles have enabled the Mets to surpass them (now -275 to -300 to win the NL East), these division-leading teams have all exceeded expectations:

But the most interesting race of all is in the NL West, which is likely to produce two wild card teams in addition to a division winner that could either be the still-favored Dodgers (-240 at FanDuel); the Giants, who at an MLB-best 57-32  are two games ahead of L.A.; or the much-feared Padres, who are 53-40. FanDuel has both the Giants and Padres at +380.

Even though the Giants are six games ahead of San Diego, the team with Tatis and Manny Machado has better World Series odds of between +750 and +850, behind only the Dodgers and Astros (+450 to +600). But with a group of veterans getting less attention with their stellar seasons in the way of Buster Posey, Brandon Crawford, and Kevin Gausman, the Giants just keep minding their own business and quietly winning. They could keep doing that into October, making a few fans holding those 200/1 World Series tickets on them very happy indeed. 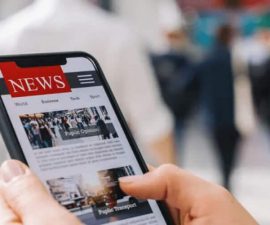 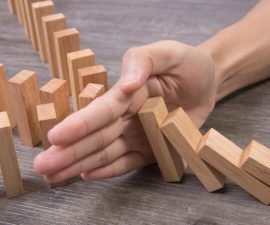 Keith Whyte, the executive director of the National Council on …
June 16, 2021
7 min read 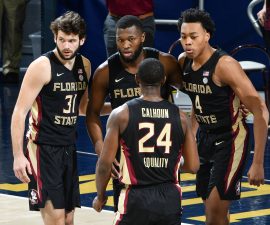