The upcoming World Chess Championship will be covered by NBC Sports under a deal announced Monday.

The International Chess Federation (FIDE) announced the arrangement for the title match set to take place starting Nov. 26 in Dubai. NBCSN will air truncated 30-minute shows every night of the match starting Nov. 27. World champion Magnus Carlsen of Norway will defend his title against challenger Ian Nepomniachtchi of Russia. The duo is slated to play 14 classical games, with shorter time controls in potential tiebreaks.

Carlsen, one of the game’s living legends, is a prohibitive favorite, sitting at -400 compared to +270 for his opponent, commonly referred to as “Nepo,” at one major European-facing sportsbook. The opportunities for wagering on the match at legal and regulated sportsbooks in the U.S. are still unclear.

The official sports betting partner of NBC Sports is PointsBet, a legal sportsbook that is live in six states. The sportsbook told US Bets that it doesn’t currently offer any betting on the upcoming match. The state of Colorado has already authorized betting on the event for all of its licensed books.

“As of now, we don’t plan on offering any markets for the World Chess Championship,” Mike Korn, a sports analyst for PointsBet, said. “That being said, it is definitely something we’ll be keeping a close eye on.”

Dan Masonson, vice president of communications for NBC Sports Group, told US Bets that more information on any potential sports betting component to the World Chess Championship coverage will be provided closer to kickoff. PointsBet is NBC Sports’ exclusive provider of odds.

Carlsen and Nepo will be competing for a prize fund worth $2.36 million.

While NBCSN will provide recaps, chess media outlets will have live coverage of the hours-long games.

Potential bets if there is wagering

Because it’s common for individual games between the world’s best grandmasters to end in a draw, other ways of betting on the high-stakes match could prove much more popular (assuming they’re offered).

Colorado has allowed wagering on the opening moves of games and the number of moves made by white. Additionally, regulators in the Centennial State have allowed books to take bets on whether there’s a checkmate on the board (a rare occurrence because players typically resign ahead of time), whether a game ends in a draw by repetition, whether a pawn from either player reaches the back rank and is promoted, and which piece will be the last to be captured.

It’s unclear if any of these bets could be placed live, during an ongoing game. They could all be confined to pre-game wagering. Perhaps relatively smaller betting limits would be in place as well.

It might take time for sportsbooks in Colorado, and elsewhere if other states allow it, to decide which prop bets they want to offer, in addition to the outright winner of the match.

The 2021 World Chess Championship will be the first title match since American Fabiano Caruana fell short against Carlsen in 2018. There was no known state-sanctioned betting on Carlsen vs. Caruana.

The post No Plans Yet For Chess Betting Lines For NBC Coverage Of World Championship appeared first on USBets. 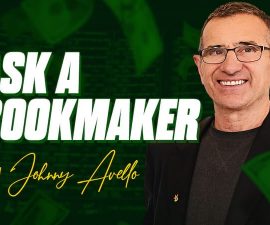 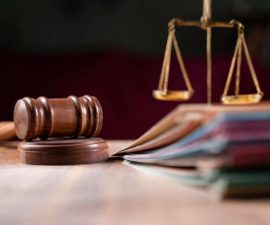