In an NBA postseason defined by superstar injuries, two-time league MVP Giannis Antetokounmpo’s hyperextended left knee looms appropriately large over the NBA finals — and is the single most significant factor in making the Phoenix Suns the favorite.

The best-of-seven finals between the Suns and the Milwaukee Bucks tip off at 6 p.m. local time in Phoenix on Tuesday. “The Greek Freak” missed the last two games of the Bucks’ six-game triumph over the Atlanta Hawks in the Eastern Conference finals after suffering the injury in Game 4, and as of Tuesday morning, he had the “doubtful” tag for Game 1.

Prior to Giannis’ injury, the Bucks were favored in a hypothetical finals clash with Phoenix. Westgate Las Vegas offered early odds on the potential pairing and, according to ESPN’s David Payne Purdum, pegged Milwaukee as a -150 choice.

But now that Phoenix has ousted the Kawhi Leonard-less L.A. Clippers in six and the short-handed Bucks have overcome a similarly depleted Hawks squad, it’s the Suns who are the minus-money pick to win the title at every major online sportsbook:

The Suns have had the least health misfortune of any serious contender in the playoffs, but they haven’t escaped a few scrapes: Point guard Chris Paul was limited by a shoulder injury early in their first-round series vs. the Lakers and missed the first two games of the Western Conference finals due to COVID, and backcourt mate Devin Booker had to deal with a broken nose during that same series.

For however long Antetokounmpo is out, those two guards, Booker and Paul, give Phoenix probably the two best offensive players in the series, and thus the betting edge. That’s especially because, if and when Giannis does return, the expectation is that he won’t be bouncing around at 100%.

None of which is to say the Suns — who joined the league in 1968 and are still awaiting their first title — wouldn’t be a worthy champion. At 51-21, they had the second-best regular season record in the entire NBA. They boast two all-stars as well as a 22-year-old center (don’t let the fact that facially he looks 35 fool you) in DeAndre Ayton who made a series of leaps during the season toward maximizing the talent that made him 2018’s No. 1 overall draft pick.

But they weren’t taken seriously by many as a potential title team until, through a combination of the Suns’ excellence and their opponents’ injuries, the playoff obstacles began falling. At FanDuel Sportsbook, Phoenix opened the season at +4900 to win the title, which had only shortened to +3200 at the all-star break and +2100 when the postseason tipped off.

For comparison, the Bucks were +600 at FanDuel entering the season and +750 at both the all-star break and the beginning of the playoffs.

Milwaukee was always considered a contender. Phoenix, now about a -200 favorite, didn’t strike most fans or bettors as a realistic option until sometime in June.

With Giannis expected to sit on Tuesday night, the Suns are a clear wagering favorite in Game 1. Nearly every sportsbook has a line of Phoenix -6, except FanDuel, where it’s -6½.

On the moneyline, the best price available on the Suns is -250. The consensus price on the Bucks is +205, although Caesars offers a more appetizing +220 on the ‘dog.

The point total under/under is 219 everywhere except BetMGM, where it’s 219½.

FanDuel shared data on the public betting trends for Game 1, and the healthier Suns sure look like the people’s choice:

The odds boosts came out in force Tuesday morning, with FOX Bet offering +200 odds that both Booker and Khris Middleton would score 25 or more points in Game 1 (max bet $10) and DraftKings attempting to give away some easy cash (max bet $25) on the Suns moneyline:

The Suns and Bucks met twice during the regular season, but it’s hard to base finals-betting decisions on those results because Antetokounmpo played in both games. The Suns won by a single point, 125-124, back on Feb. 10 in Phoenix — a contest for which Milwaukee was missing Jrue Holiday. When they met on April 18, the Suns again won by just one point, 128-127 in overtime, with both teams at full strength. What this suggests is that with a healthy Giannis, the series should be a coin toss.

The NBA Finals MVP race shapes up to be fascinating. At various points during the postseason, the likes of Kevin Durant, LeBron James, Kawhi Leonard, and Joel Embiid all seemed reasonable candidates, but as the field has thinned, Phoenix’s two stars have emerged as the top picks. Will Paul get the nod if the Suns win it all, because he’s the team leader and the sentimental pick? Will it be Booker because he’s likely to be the leading scorer?

Could it be Giannis if he returns after a game or two and carries the Bucks on his back? What about Middleton if the Bucks somehow win without Giannis? Or could point guard Holiday be the one who steps up for Milwaukee? How about Ayton making another leap on top of all his other 2021 leaps?

Here’s a look at the best payouts around on the top nine choices — and as much as you might be inclined to say it has to be one of the top four names on the list, don’t forget that Andre Iguodala won it for Golden State in 2015 after entering the finals as a +12500 choice.

One way or another, the NBA season will be complete in the next week or two. And then it will be time to start playing the guessing game for 2022, with the Brooklyn Nets already installed as +300 favorites — a decent price if the injury bug that has defined 2021 doesn’t bite again. 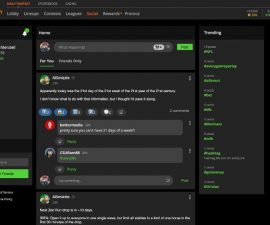 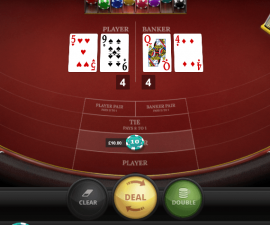 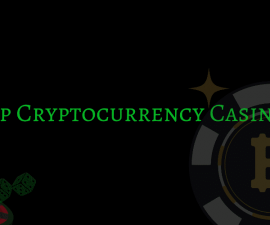