I mean, sure, the story of James “Whitey” Bulger and his alliance with the FBI is a fascinating one, and Johnny Depp gave a great performance, but it’s not exaclty going down in history as one of the best mob movies ever.

Well, now Hollywood has a second chance to get Whitey right, as the FBI — thanks to a Boston Herald FOIA request — just released some 300 pages of documents concerning Bulger, and perhaps the juiciest stuff concerns how The Winter Hill Gang — which Bulger was a major part of before taking it over completely in 1979 — ran a giant horse race fixing scheme in 1974 and 1975, right before Bulger teamed up with the feds.

This one has it all, with Bulger sharing the stage with Lefty Rosenthal (who was the inspiration for Robert DeNiro’s Ace Rothstein in Casino), Meyer Lansky, Genovese crime family underboss Anthony “Fat Tony” Salerno, and famed Vegas bookmaker Robert L. Martin.

So what happened, exactly? Well, reading between the (heavily redacted) lines, it seems to have gone something like this …

An unnamed informant (there will probably be a lot of “unnamed” this-es and thats as we plow through this) told FBI agents he was working with a member of the New York mob, a certain Carmine “Lilo” Galante.

Using information gleaned from Galante and others, this unnamed “mover of money” would get the tips as to which races were going to be fixed. Being that many of these fixed races were going to be bet with legal (and illegal) bookmakers in the Las Vegas area, the OK had to be handed down from up on high, in this case, Anthony Salerno, the future underboss of the Genovese crime family.

Others who were involved in the scheme included an unnamed former casino executive at the Stardust, who was “connected” to Meyer Lansky, the “mob’s accountant” (and who the character of Hyman Roth in The Godfather Part II was based on). This unnamed former executive was also in tight with Lefty Rosenthal, who was close with the Chicago outfit.

Other unnamed characters involved in the illegal action were a Dunes Hotel and Casino pit boss and a hotel executive at the Riviera Hotel and Casino who was “well acquainted” with Howard Winter, who ran the Winter Hill Gang before he was indicted in 1979 for — one guess — fixing horse races.

And it was Bulger, Winter, and the rest of the gang who were the brains and brawn behind the whole affair.

Another person involved in the scheme, according to the files, was legendary Vegas bookmaker Robert Martin.

Also, there were a handful of unnamed legal bookmakers who were not in on the scheme, and who lost millions of dollars for their respective casinos.

Clearly, some of the underworld’s and Vegas’ biggest names were either directly or tangentially involved in the race fixing scheme. As far as the nuts and bolts of the scheme …

… another unnamed informant stepped up to explain.

For starters, “runners” would place bets at the racetracks in question, most of them on the east coast. But that was just peanuts compared to the Vegas end of the operation.

Either Howard Winter, or those connected to Winter, would place illegal wagers with a quartet of bookmakers, all of them unnamed save for Martin.

The bookmakers would then, “through their contacts, move a certain amount of money on a given horse,” according to the documents.

Generally speaking, these horses were one of three or four remaining “live horses” in the race; basically, these were the horses that were actually going to be running a competitive race.

As for the other horses?

They would have been prevented from finishing in the win, place, or show positions through bribery of jockeys, trainers, owners, or other racetrack personnel.

And so the bets on the three or four “live” horses would be spread across the win, place, and show positions, just about guaranteeing a profit.

Once all the bets were placed, Martin and the three Vegas contacts would reach back out to Winter to inform him how much money they were able to get down on the horses.

And again, for all of this to be kosher to the bosses, it all ran through Salerno, who had to give his OK for this scheme to get off the ground and continue galloping.

Worth noting: In 1979, 21 people were indicted in this operation, and Winter was the only one mentioned in this story who ended up being indicted, never mind doing time.

In short: This wasn’t exactly a brilliant operation, nothing new under the sun. Bribe a few jockeys, place some bets, the end. But the extent of the ruse … well, that was the impressive part. It took place over a two-year period, involved at least five racetracks, and clearly infiltrated the highest rungs of Las Vegas royalty and organized crime.

It’s probably fair to say the feds didn’t quite get to the bottom of the story, and plenty of people walked away free and a little bit richer than they were before the whole affair started.

And now, in the grand tradition of fact-based mob movies, here’s the rundown of what happened to everyone mentioned in the story. Cue up “Layla,” or if that’s too on the nose, try “Boogie Wonderland” by Earth, Wind & Fire. It seems to fit for no good reason, especially if you picture freeze-frames when each of the names below appear on the screen …

James “Whitey Bulger”: Went into hiding in 1994 after being tipped off by his FBI handler, arrested in 2011, viciously murdered in prison at age 89.

Howard Winter: In and out of jail since 1979, had a chance to to inform on Bulger, said he wasn’t no rat, died at age 91 of a heart attack at home.

Frank “Lefty” Rosenthal: Died at home in 2008 at age 79 of a heart attack; after his death, it was disclosed by a Las Vegas Review-Journal reporter that he was a lifelong informant for the feds. Was he one of the redacted names in the FBI files? No way to know, but I’m guessing he’d place those odds at even money.

Meyer Lansky: Always denied having anything to do with organized crime despite literally inventing it in America, Lansky died of lung cancer in 1983, penniless on paper.

Carmine “Lilo” Galante: Was the unofficial boss of the Bonanno crime family when he was gunned down at Joe and Mary’s Italian-American restaurant in Brooklyn.

Robert Martin: Died of lung cancer at age 82 at his New York City home. Up until these FBI files became public, was never known to have consorted with criminals. 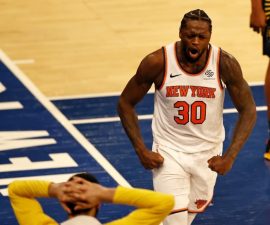 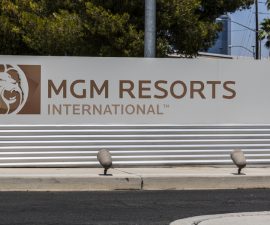 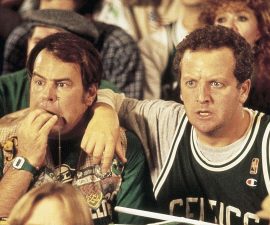