The years have rolled forward like a car’s odometer, but the phrase “of hurt” is what matters here. England has not won a major title since its only title: claiming the 1966 World Cup over Germany at Wembley Stadium. With every passing tournament and no trophy lifted, the angst and anguish at the home of football has grown.

Delayed a year by the COVID-19 pandemic, the European Championships conclude Sunday at the new iteration of Wembley, where England will face Italy — no stranger to major tournament success with four World Cup titles, but also seeking its first continental championship since 1968.

It can be argued both teams deserve to be here. England has been perhaps the most steady team from match to match save its dour 0-0 draw in group play versus Scotland and did not concede a goal until its semifinal victory over an inspired Denmark side. The Azzurri have been the revelation of the month-long tournament, with Roberto Mancini adding offensive flair to a side long renowned for its defensive prowess as the team rides a 33-match unbeaten streak into this contest.

Both teams faced their first real adversity in the semifinals. England trailed for the first time all tournament before turning the screws on the Danes through offensive pressure that resulted in an own goal for an equalizer and Harry Kane thumping the rebound of his stopped penalty into the net in extra time for the match-winner. Italy suffered through a vintage Spain masterclass of possession for 120 minutes, dragging the match to penalties where keeper Gianluigi Donnarumma loomed as large as his 6-foot-5 frame and made a key save to help his team advance.

This is the first Euros meeting between the sides since Italy ousted England on penalties in the 2012 quarterfinals following a scoreless draw. The Azzurri also posted a 2-1 victory in group play during the 2014 World Cup and have three wins and a draw in four all-time matchups in major tournaments.

Football may indeed be coming home, which would spark bedlam scenes of celebration across England, but it definitely will not arrive — if it even does at all — without a fight from Italy. Here’s a look at some of the sports betting options at various books.

Two ways to play for a result

The NOISE in Wembley Stadium when Harry Kane hit the back of the net!

It needs to be remembered there are two ways to bet on a soccer match: picking an outcome over the course of the regular-time 90 minutes or picking a team to win, whether it happens in 90 minutes, after extra time in 120 minutes, or via penalties should the sides remain tied after extra time.

England has been established as favorites in both categories. To win in 90 minutes, the Three Lions can be grabbed at +165 at multiple sites, including DraftKings, BetRivers, Barstool Sportsbook, William Hill, BetMGM, and Unibet. Italy is a near-universal offering at +200 except William Hill, which is offering a tighter line at +185.

For those who think nothing will be settle after 90 minutes, the draw is a second choice to an Azzurri win at a few sportsbooks, including FanDuel (+190) and both PointsBet and BetMGM (+195), but William Hill has the highest potential return at +210.

In terms of picking a winner, the Kambi-powered trio of BetRivers, Barstool, and Unibet have the best England offering at -115, while nearly every book has Italy at even money (+100) except for BetMGM, which has a -110 listing.

WHAT A GOAL FROM CHIESA. WHAT A COUNTER FROM ITALY

This tournament has produced the highest goals per game of any Euros with 2.8 per match, but finals showdowns have usually been more cagey affairs. Spain’s 4-0 demolition of Italy in 2012 is the only one of the last four that did not end with a 1-0 scoreline, and the 2016 championship between Portugal and France required extra time to find the match-winner.

But using 2.5 goals as the standard for wagering, the over has a narrow range from +160 at DraftKings to +166 at FanDuel. In contrast, DraftKings and other Kambi-affiliated books are offering -200 for under 2.5 goals, with FanDuel (-205) and PointsBet (-210) ticking higher.

The over/under of 1.5 goals is equally poised in the opposite direction, though DraftKings has the best offering of the bunch at -175 for the over. Kambi books offer +165 for those with confidence in another 1-0 scoreline, while William Hill has opted to split the difference and offer -110 in both directions with an over/under of two goals.

For the contrarians who think Donnarumma and England counterpart Jordan Pickford will repel all comers and send the match to penalties scoreless after 120 minutes, there is a +600 option for under 0.5 goals at Barstool, BetRivers, and Unibet, with FanDuel (+590) and PointsBet (+575) not far behind.

There is no lack of choices when it comes to potential goal-scorers in the final, though picking someone from Italy is more challenging since the Azzurri are only the second team in Euros history to have five different goal-scorers. Ciro Immobile and Andrea Bellotti are the favorites to score for Italy, with Immobile ranging anywhere from +225 (BetMGM) to +285 (BetRivers) as an anytime goal-scorer, and Bellotti spanning +280 to +340 at FanDuel and PointsBet.

Other Italian options include Lorenzo Insigne, who can be claimed at +440 at FanDuelm and Federico Chiesa, a +460 option at PointsBet. Italy’s primary penalty-taker Jorginho ranges from +700 at FanDuel to +800 at BetRivers, PointsBet, and DraftKings.

For the Three Lions, Kane needs a brace to claim the Euros Golden Boot to go with the one he won in Russia three years ago. The best place to grab the England talisman for an anytime goal is at BetRivers (+200), with William Hill offering +195/-230 as a yes/no option for a goal during the 90 minutes. The Tottenham Spurs forward is also England’s usual penalty taker.

Raheem Sterling, who has chipped in three goals and can pull apart defenses with his pace, offers intriguing value ranging from +300 at BetMGM to +335 at BetRivers to score during the match, with William Hill’s yes/no play split at +320/-380.

One sleeper pick for England for an anytime goal is defender Harry Maguire, who is at his best getting forward for corner kicks. The Manchester United centerback can be grabbed at +1200 at PointsBet, DraftKings, and BetMGM, and PointsBet also lists him as a +2900 option for first goal-scorer in the match. 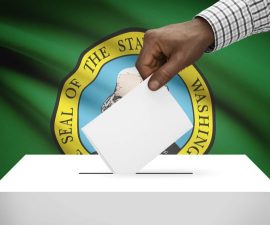 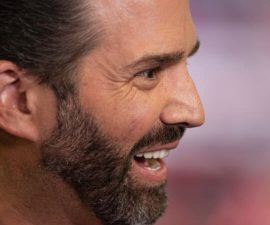